We had another nice weekend and it is so nice to get out again, I do hate being cooped up in the winter. On Saturday we were going to pick up the boys and on the way up, we stopped at the thrift store.

They get a lot of new items, so I grabbed a new beach pail and a stuff kitty that makes sounds and talks, and it's eyes light up, only a buck a piece. I also found a couple of quilting books. My fun find was a vintage nautical kit, from Maine, which I realized was three in one package. It will be fun to make some things with the items and add a few of my own. 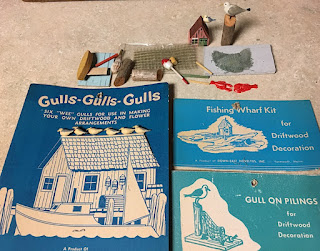 We took the boys for a walk at the park, then a visit to the Umbrella Factory. They had a new photo display, so I had to get a photo. 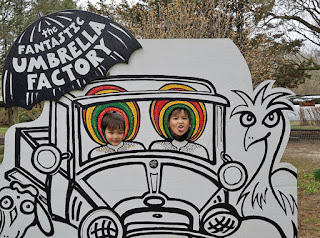 Alex was loving all the animals and he would have to say hi to all of them. There were new pathways in the bamboo forest so they had fun exploring those. 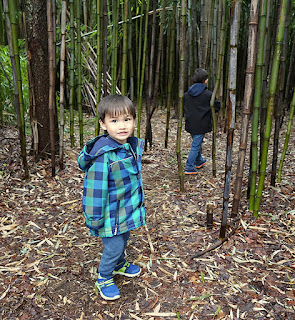 On Sunday they were dropped off so we took them to the beach. The boys loved playing at the beach and it was nice to just enjoy watching them play and hunting for glass together. Alex seems to love water, we have to watch that he doesn't go in, which he did at the pond, on the previous day, sneakers and all. 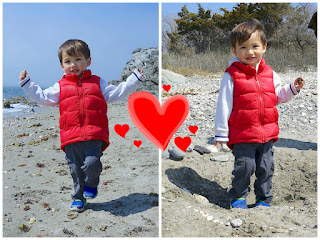 Nick loves to dig and he even found some glass in his hole. Afterwards we took them to the nearby park, lots of fun equipment for kids, but crowded and hectic. Nick had to try everything out. 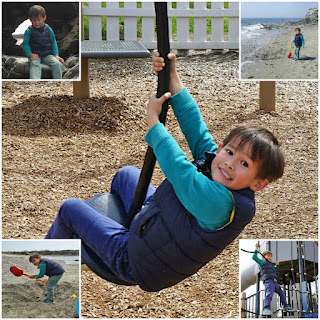 It was a wonderful weekend with the boys and helped ease the pain of these weeks. Last week was the fourth year anniversary since we lost Danielle and tomorrow is her birthday, along with Easter, it is always the hardest month, missing her and wishing she were with us. 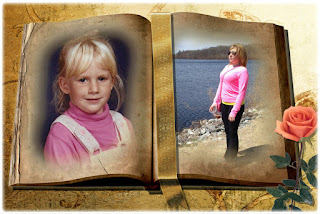 Such fun times with the boys so glad you had a good time.
So sorry for your loss anniversaries make it all the harder.
Cathy

Making memories with the grands. Priceless.
Hugs to you. I cannot imagine the pain.

Hugs and love...so glad you have those darling boys to have fun with...you are giving them such wonderful days to enjoy! It's pretty cold here still...but the trees are full of buds and the forsythia is blooming...

It looks like you had a wonderful time together. That's the beauty of family support. I'm so sorry you lost your daughter. That kind of loss is the hardest, I think.

What a wonderful time you had with the boys. It’s so nice to have the warmer weather and getting out and enjoying things. I’m so sorry for your loss. I lost my son four years ago on the 18th. It shouldn’t be this way. He always fixed Easter dinner for us. Grandchildren are such a gift from God.

Big love to you at this time especially. xx
Hugz

So very sorry for the painful memories of your loss....It is a pain I hope I never have to experience. But also happy for the new, happier, memories made with those adorable boys!! What little heartbreakers they are going to be!!! ~Robin~