This weekend we got a little snow storm, so we stayed in and relaxed and I worked on a new project. I was going to finish it Sunday but the kids decided they wanted Christmas pictures, so our plans changed.

Of course we dressed up Bill as Santa and of course one child decided he was not having any of it, lol. 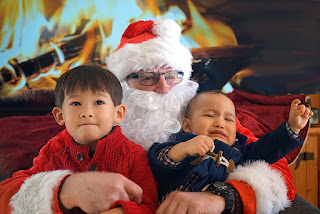 Once Santa was out of the picture, Alex was fine. And I had to take a lot of photos to get some that had everyone looking somewhat normal, but we got a few nice ones. 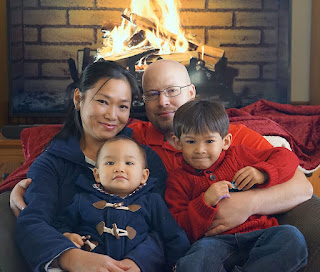 And then we went outside to get a few, and a few I made into cards so they could print them out at home. This is my favorite. 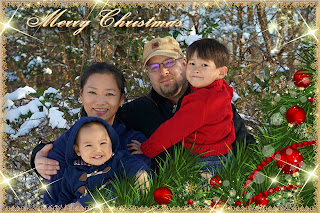 And Nick and Bean were thrilled to be outside, lots of fun to be had. 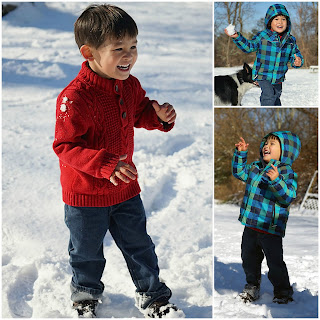 And inside Alex was being silly, he has such a happy personality and I think he is taking lessons from his brother, on face making. 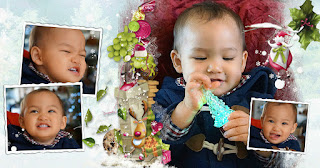 Nick decided to stay with us while his parents went shopping. We had plans to shop too, but I decided to go to Jamestown and enjoy some outdoor time with Nick, even if it was freezing out. The island got less snow so I knew were could walk around there.

We walked around till my fingers were frozen, then headed to the lighthouse. We did the short loop and enjoyed watching the surf crashing on the rocks until we were freezing again. It was nice to get out, even if it was cold.

Today I finished up a few presents and cards and that will be it. Now I will relax and enjoy working on my own projects and making things for my house, for next Christmas. 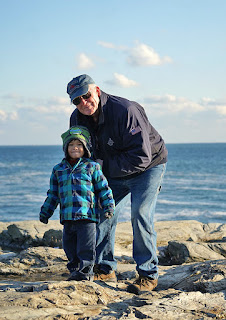 Posted by WoolenSails at 9:23 PM

Awww..those little boys are adorable, Deb...I'm sure you enjoy them so much! My daughter doesn't even try Santa and her little girl anymore...it's just too traumatic for her...LOL!! We are getting a ton of snow here in Michigan tonight and of course, I have an early appt in the morning....UGH! Have a great evening!

Awe, poor little fella. They are keepers - how cute.

You really got some great pictures!
How nice Nick wanted to stay with you. Sounds like you are making lots of memories :)

I just love your pictures. I remember the days with six youngsters, trying to even get them all looking toward the camera let alone smiling. That outdoor picture is a huge winner. We have had frost on the grass a few times and then warm sunny days. A big wind last night dumped the neighbor's leaved in my section of the street for sweeping.

You got some wonderful photos Debbie. Alex is still young and I think the younger child always can be a challenge with his first asana even when it's someone he knows but doesn't.

Love your family shots, Nick in the snow ones are wonderful!

Lovely family pictures.... hearing of your snow and we are about to have a heat wave this week....