I have been having fun following the spring blog hop, hosted by Buttermilk Basin. This week I finished  a cute bunny mat, designed by Jeni from the Willows. It was an easy project and I love how it came out. The only problem is, I used a soft, thin wool for the border and that was a mistake. The cuts are made to emulate grass and as I ruffled it up, some of the pieces pulled off. So, I put the egg on that section and it is ok for now, next year I can take it apart and put a thicker backing on.

It is a bit white washed from the flash. But I wanted the colors of the other wools to show so the white is glaring and the floss is brighter, than it actually is.

If you haven't seen the Spring Hop, the patterns for each day are still available and well worth a look. 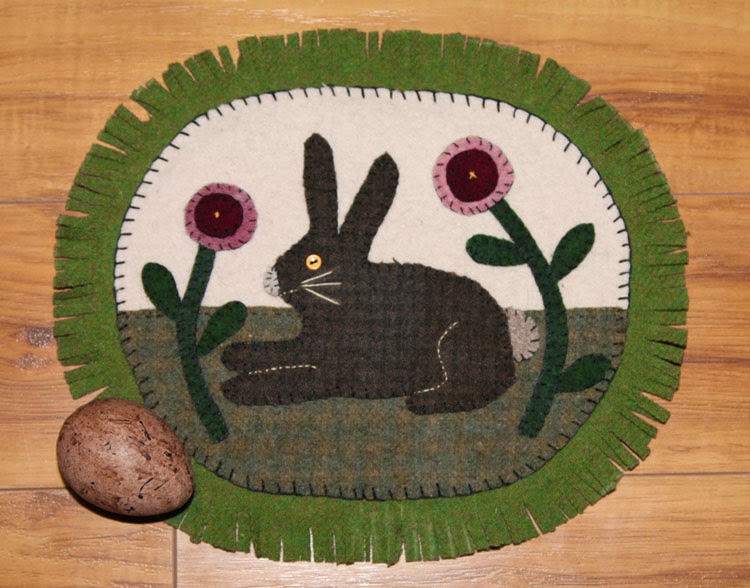 This week I noticed my oven was not working right and I would smell gas, then it took a few minutes for it to start. Then I told Bill to check it and it wasn't working at all, so, no oven this week. We went to the store and picked one out, it would take a month to get so I said no. Then I saw another that was the same except for the looks, but it did the same things and had the fifth burner, so that is coming next week. The bad thing is, I make cookies as a snack food. They are healthy since I don't use sugar but I cannot make them and I need to snack, lol. Today I tried some fried chips. I mixed white and brown flour, along with cornmeal and fried them. They taste really good but a bit greasy, so I need to modify the recipe to make it healthier, but a nice idea for summer snacks too. 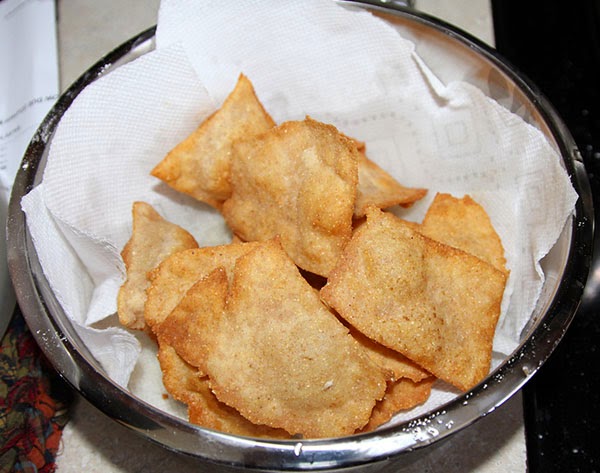 Posted by WoolenSails at 8:16 PM

You made the bunny mat fast! Cute.

you did that quick..... pity about the oven but glad you don't have to wait so long...
Hugz

You certainly are creative in the kitchen. Hope I remember you when I want to modify something to make it healthier. Cute bunny and you have been really creative and accomplished much lately.

That is a cute project. It is wonderful of all of them to offer all these projects. I made the bunny too - I reduced it to use in a quilt I am already making. Mine is pink. I hope you get your oven situation worked out quickly.

I can't believe you are channeling Martha Stewart!! and you have already finished the bunny...Bean is not distracting you enough...I need to talk to him!

That is such a cute bunny.
I remember the days when there were very few ovens in Japanese homes. I found a cardboard box, lined with foil and a few charcoal blocks works just as well. (of course you have to do it outside)

Your bunny mat is adorable! I really love how you fringed the edges,
Melinda

That bunny is way too cute! Well done! I'm sorry to hear about your oven, but if you're smelling gas, YIKES...too many houses around here have blown sky high from that. Your chips sound good!