This weekend was nice, but it seems as soon as the day warms up, it gets cold just as fast. We got out for a bit and introduced Bean to the world of Dog Parks. We went to one that is at the park where we hike and kayak, so it was a nice park and a good size for running and playing.

The bad thing is, there are never any dogs in the small dog area so we let Bean play in the big boy side. He was so excited to be with other dogs and loved running around with them. He seems to know how to be social, all on his own. He went up to the dogs and then lay down while they checked him out, then he got up and started playing.

This pup was really sweet and well behaved, Bean loved running with him. 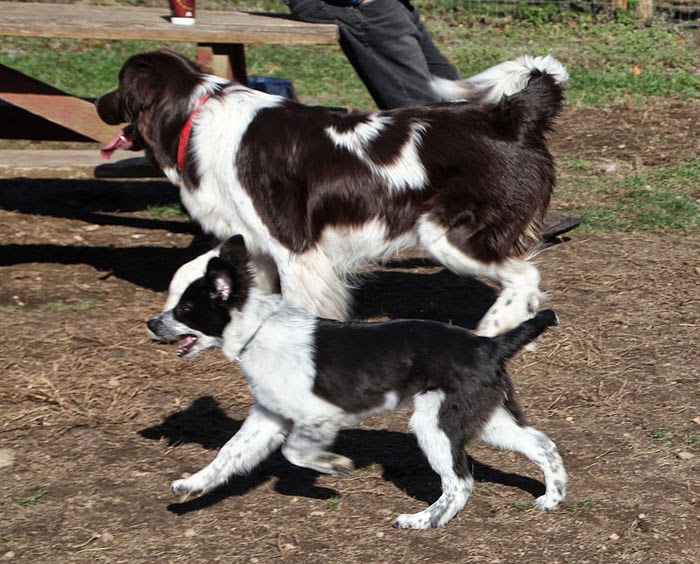 It seemed there were a lot of male dogs and Bean knew better than to push his luck with these guys, but they were really good with him. The bad thing was, Bean got so excited that he was doing his speed runs in the field and the big guys ran over him. After that he decided to play to the side, by himself and watch the big guys. I think we need to wait for Bean to put on some more weight before we take him to the parks. 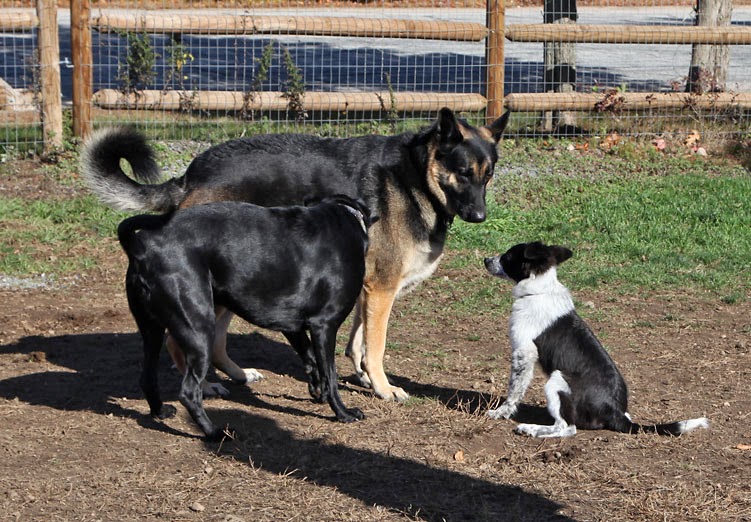 Bean is naturally social and all of the guys loved Bean and gave him lots of hugs and pats. Overall he had a good experience and we tried again the next day, but the two dogs yesterday were really obnoxious and their owners weren't much better, so we left. 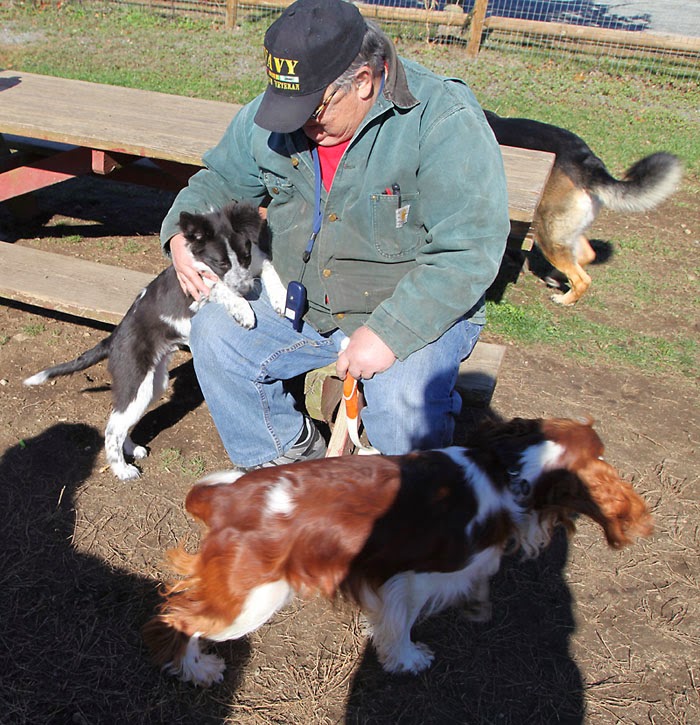 We decided to make a stop at a fort that is on a hill, overlooking a cove that we paddle in. It was an area where the native american's lived and later become a fort. The original fort is gone and the old iron fence was erected on the exact space and shape of the original fort. It was a nice place to walk around and enjoy the views.

Bean is calming down at night and either playing quietly or sleeping on the couch, so I am able to get more done on my projects. Tonight I started a new piece and hopefully I will have a few new things done with freebies,  by friday. 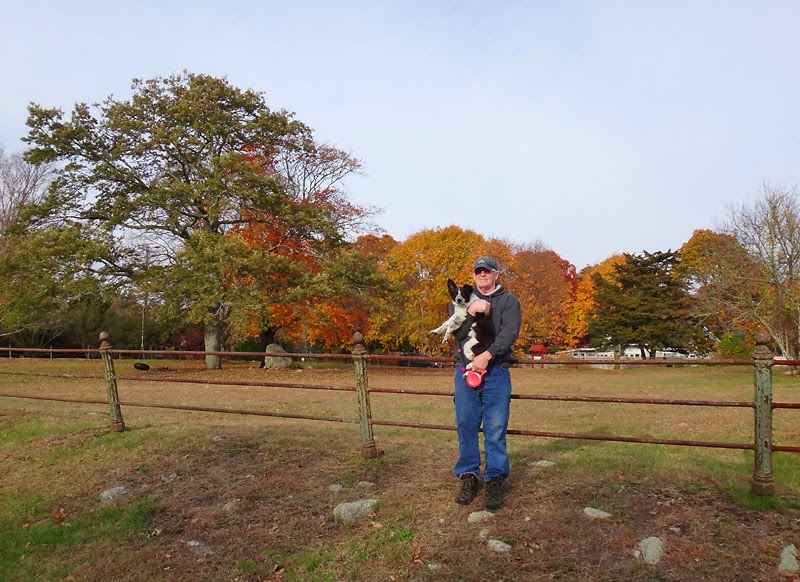 Glad to hear that Bean knows how to socialize already. When Nikko was still a pup, the vet held a "puppy party" saying it was important for dogs to know they were dogs after all. I find a lot of dog issues have more to do with the owners than the dogs. Since we moved back to our home ward where no dogs are allowed in parks, Nikko and I both miss the early morning jaunts to the dog run

Primitives By The Light of The Moon said...

Awe isn't Bean just cute as can be!

He is just too adorable - boy, I hate obnoxious dogs with obnoxious owners, lol!

Bean looks so sweet in the pictures, I just want to give him a big hug!