This week I decided to make something new for Valentines. I used an idea from an old Cheri Saffiote pattern with hearts and the hand appliqué. Her's had pieced hearts and I decided to just make up my own for appliqué. I also wanted something longer to fit on my hanging rack.

I added the words and the X's and O's for fun. I also used three old blocks that my friend Kelley, sent me. Using what I had and some fabrics from my scrap box. 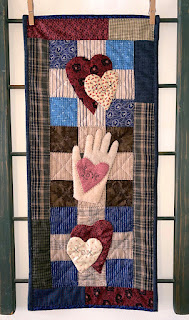 We were able to enjoy some time on the beach, even though it was cold. I spotted a seal on the other end of the beach and was trying to move to the side and closer to get a good shot, but just as I got to a good spot, it dove into the water. I was able to get a few decent shots though. 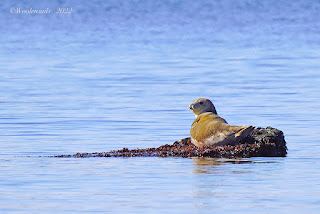 I also spotted a Blizzard of Brants, which are in the geese family. 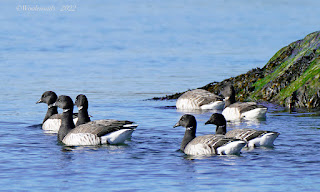 I took a few photos of the areas around the island. I never get bored of going there or enjoying the views. We also got some nice pieces of glass. The tide was at its lowest, but with the cold, it makes it hard to hunt too long.

I hope this finds you and your families well. The kids are doing fine now, so hopefully this new variant will die down soon. 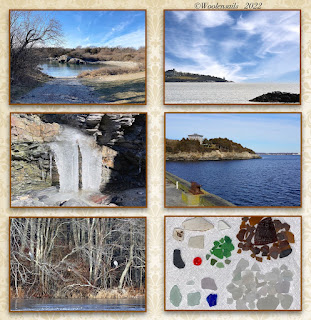 Your appliqué wall hanging is adorable, Debbie! It's amazing that you say you used what you had as everything looks so perfectly tied together. I can't imagine just looking out and seeing a seal - how cool is that?! Glad to hear the boys are doing better. Happy weekend! ~Robin~

I am always amazed at the beautiful places you have to explore...and the quantity of sea glass you find.
Happy the kids are all fine.

Good to hear the boys are doing well... and I love the hearts and hands wallhanging you made...
Hugz

I love the idea for a wall hanging. Maybe I need to take a wee break and make one before valentine's day. Glad the boys are OK and so nice to see all your outdoor pictures. The scouts came with me on a nature hike yesterday, but the group was small because some schools told the kids not to go out to group events ... not that hiking is that close.

I love seals so much! And sea lions, too! I saw baby ones when I lived on Whidbey Island.