Even with the rain, we had a wonderful weekend to get out. We headed into Connecticut just as the rain was ending, so we were able to enjoy a nice ride and visit a few places. I wanted to stop at Mystic Village which has a quilt shop, but it was no longer there. But we were still able to enjoy a walk through town and get a few goodies at the Christmas shop.

One place in Mystic that I love to visit is the Elm Grove Cemetary. I was hoping to see more foliage, but most of the trees had turned. It is still beautiful to drive through though, it is a garden cemetery on the Mystic river, a peaceful place to walk through.

What a beautiful setting for a family plot. 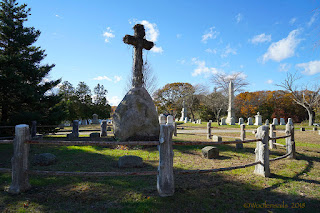 Since we were in the area, we took a drive to Ender's Island, where there is a Catholic retreat center. It was so windy, it was hard to enjoy the views and take photos. I love the buildings on the island, all made of stone, like the church. 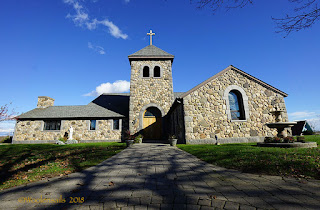 There were still flowers in the gardens and views from Block Island to Fisher's Island in New york. In the distance I could see Latimer Reef Lighthouse. 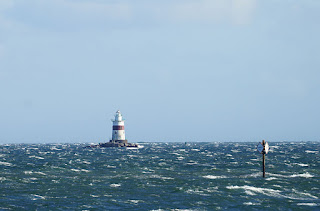 The great thing about being out later is, we were a half hour from sunset so we headed to Napatree Point. What I didn't think about was, the wind. Coming over the dunes, I was hit with blasts of sand and close to the water, the ocean spray, so it was hard to stay still or get good shots. I was able to get a decent one and you can see the waves coming in. It was so beautiful, but hard to enjoy with the sand getting all over my camera. 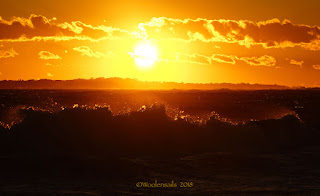 Sunday was a beautiful day and much warmer, so I decided to hit the beach, while the tide was out. There weren't too many people in the morning, so I found a lot of nice treasures laying on the rocks. 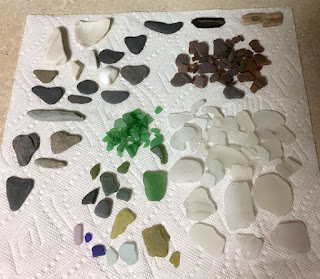 And with the time change, it was still early enough to go for a ride. I needed more apples so we headed to the orchards to buy them from the store.

Along the way I spied this steeple and stopped for a look. The banks of the river were over flowing, so it was hard to get a shot, since we had to stand in the tree line. 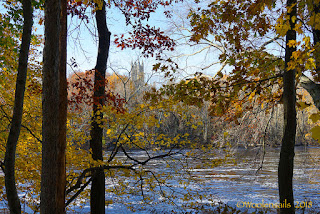 We also stopped on the Thames river, where  you can walk out to the old train tracks. Another nice place to go for a stroll. 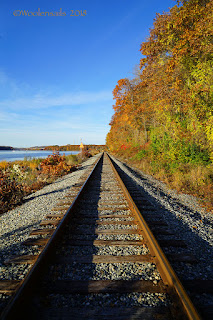 Since it was getting late, we decided to do a short hike up Lantern Hill. I wanted to see if I could spot the foliage from the first lookout. Of course the views were limited, so we went to the next height and the next, where we had nice views, but still hidden by the tree lines. So our short hike took us up the hill to the top, which was well worth it. The views are spectacular and you can see all the way to the Atlantic Ocean. 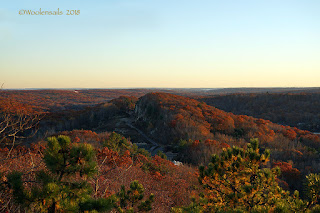 The sun was getting closer to the tree line and I really wanted to watch it set, but not from the top. It is a steep climb, so we went down to a lower level to watch it set. Since my photo  had a lot of black space, I added a saying I found on the web. We were able to get down before it got too dark, and my muscles are killing me today, but it was nice to finally get in a real hike.

I hope you all had a nice weekend and your own adventures. 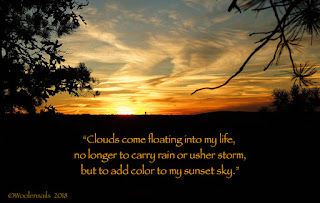 Posted by WoolenSails at 6:34 PM


TID is a secrete organization of Technology Intelligence that provides Hacking Services  all over the world. We have been in service for more than 10 years now and If you google us you will find nothing about us, and that's because we stay descret.

We Hack anything pertaining Technology and have top Hackers in the Hackers forum "HackerOne" always ready to take the risk and do a job.

You contact us through emails no phone calls or social media chat, its our way of staying descrete.

Gorgeous photos. Thanks for sharing!

Thank you for taking me where I have not visited in a long time.

Lovely pictures and views Debbie. You got some great shots. That one of the church between the trees sounds like it was challenging but well worth the effort.

Have fun creating with your glass. Have a great week.

what a wonderful day you had
cathy

You sure did make good use of that weekend!!!

Hmmm, I know Mystic Seaport, is that the same Mystic you mention? I didn't know there was a river named Thames anywhere near, though! Your sunset picture is beautiful, as are the other pictures. Thank you for enduring the sand and the wind, the water and the cold to capture the beautiful views and share them.