This week, Bill had off so we did a lot of driving around and just having fun. One of the things I wanted to do, before the exhibit was gone, was to see the found art exhibit at the aquarium. Artists took items that they found on the beaches and made art pieces from them. There were large ones and smaller ones, and amazing what they did with junk that inconsiderate people threw on the beach or items washed up on shore.

This piece was fun and made from all types of trash, but it became something fun and beautiful. 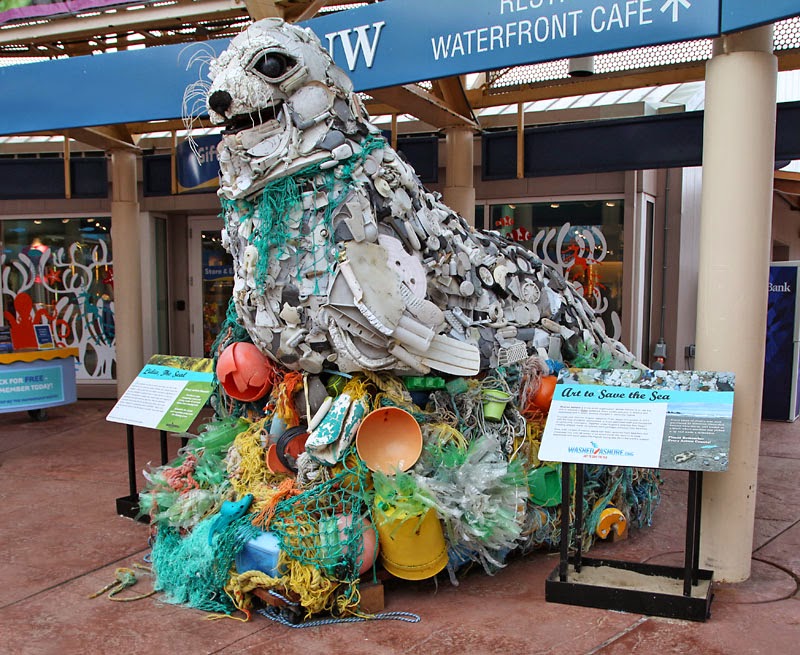 Inside was a giant Jelly Fish on a coral reef, so much creativity in the use of found items. 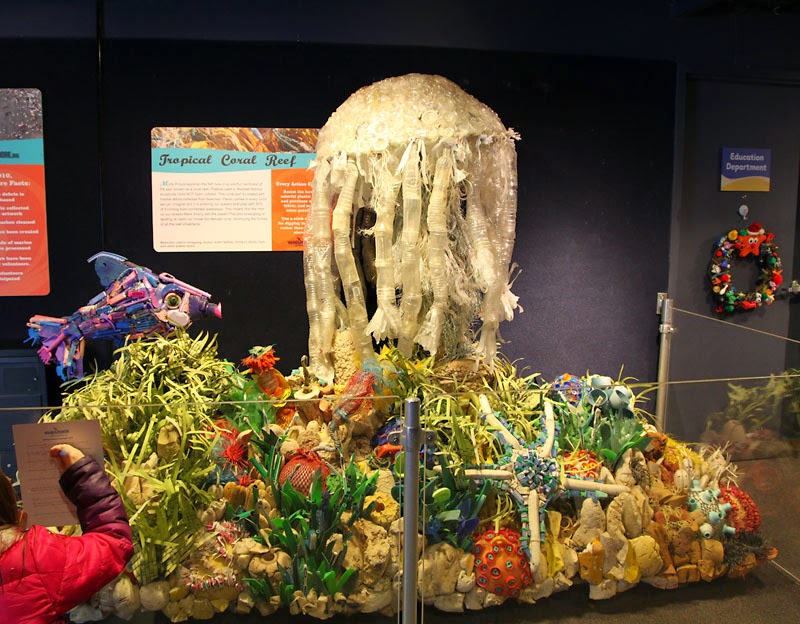 And Jellies hanging from the ceilings, as well as a wall of masks. It was fun seeing all the art and we walked around and enjoyed the indoor tanks, but it was so crowded, we didn't stay long. 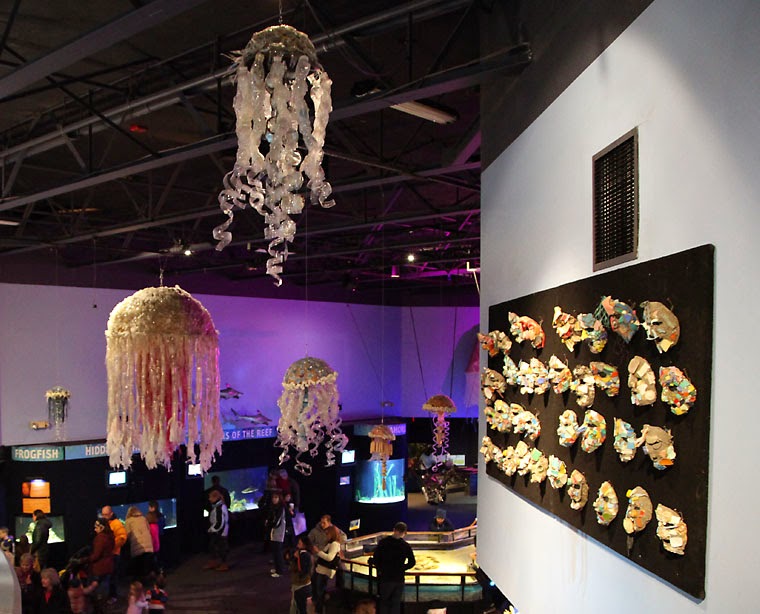 Another place I have been wanting to see, was in the same area, so we headed to Enders Island, which is a small island in the Mystic Connecticut area. It is home to priests and retreats. It was was cold and barren but still beautiful with it's stone walkways and views of Fisher's Sound. The church would be beautiful to attend a service at, imagine having a retreat here. 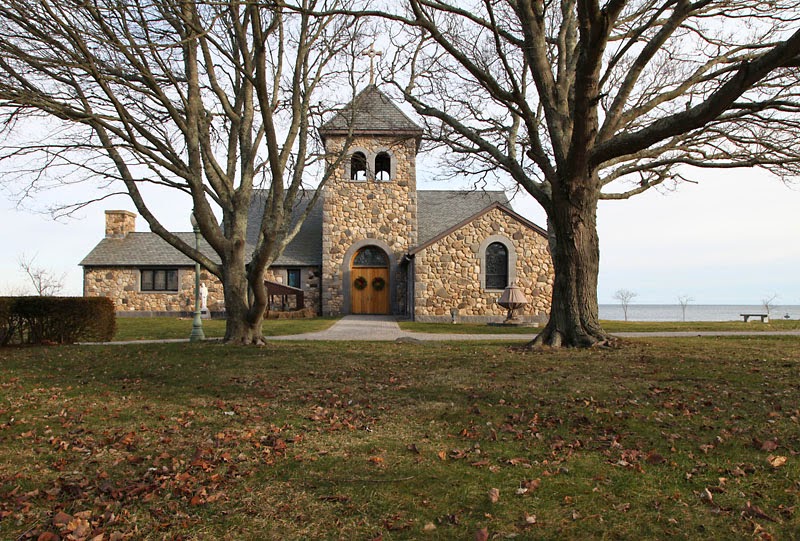 With a new year, we did a few new things that we never make time for. One was driving to the lighthouse to watch the sunset. The problem was, I forgot my gloves, so my hands froze and I couldn't move them after sitting out in the cold winds. 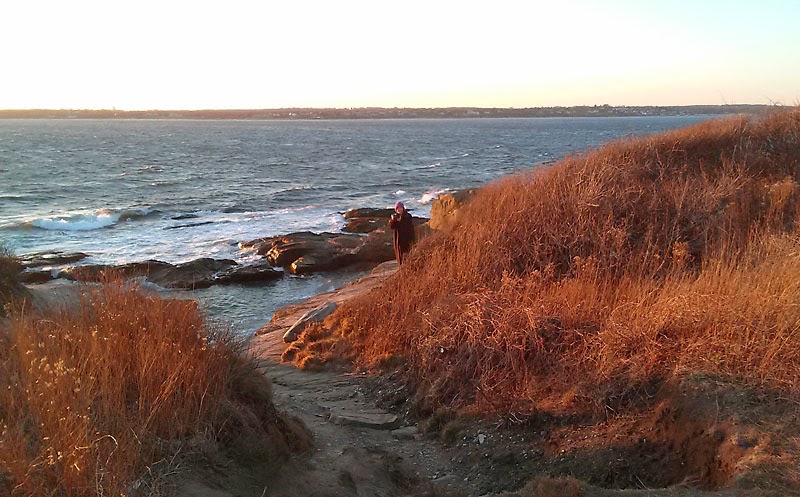 And this is the sun setting over the horizon. The colors just got more magnificent as the sun went down, but by then, it was too dark to pick up the colors and my frozen hands couldn't even press the shutter. It was a wonderful way to end the first day of the new year. And to top it off, I went outside that night and caught a flaming meteor as it flew overhead. What a way to start off the New Year. I hope your new year is filled with many joys and blessings. 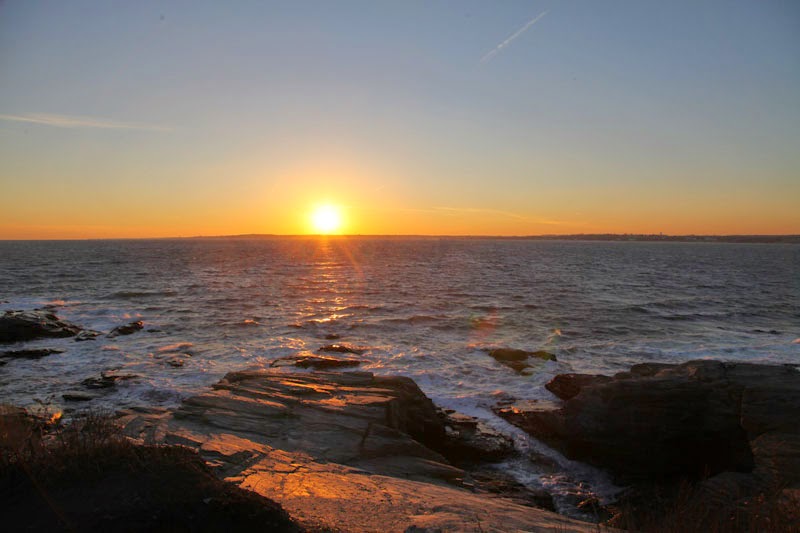 You visit the most interesting places and your photos are always fabulous! Perhaps that meteor was a good luck omen. :)

Awesome art display. Thanks much for sharing it with us.

What a beautiful sunset and that art sure is fun! Glad you are getting out and enjoying the sites! Some nice treats for January! Usually we are snow bound a this time... :-)

I so enjoy your pictures and adventures! You make this displaced east coast girl homesick!

Enders Island looks so peaceful and beautiful...love the recycled sea items, so sad how the sea is abused...